The use of round- or square-tip catheters for rodent vascular catheterization and the resulting impact on patency has been a debate among research surgeons and scientists for many years. We are excited to share data that finally supports one shape over the others. First, let's outline the pros and cons of each catheter tip type.

At the 2021 AALAS annual meeting, Charles River Laboratories shared this 120 animal study from their Ashland, OH site. The study had six groups of male and female Sprague Dawley rats, comparing round and blunt tips in both jugular and femoral veins, and also looked at tip placement in the femoral vein and in one group the impact of using only saline, with no heparin anticoagulant, as a lock solution. The end point was bidirectional patency after eight weeks, flushing once a week.

All catheters were sterile and implanted under the same conditions by Charles River's surgical services group. All were externalized with Vascular Access Buttons™ to permit aseptic access techniques and social housing throughout the study.

The round tip groups showed a clear benefit in patency over their square tip counterparts: 70% vs 35% patency after eight weeks for both the jugular vein and femoral vein placements. Groups with round tip catheters in the femoral vein with the tip placed at the level of the renal veins had the best patency, over 80%, and interestingly the presence of anticoagulant in the lock solution did not have much impact.

If you need vascular access in rats for several weeks or more, a round-tip catheter should be an obvious choice for the success of your study and a 3Rs reduction in animal use.

This study also highlights that it is critical for surgeons to place the catheter tip at the ideal location in the vessel. And it reinforces data seen in other studies that indicates that lock solutions may not have a significant impact on patency when researchers use good aseptic access techniques and the catheter tubing is completely subcutaneous. Researchers should consider whether potentially harmful viscous lock solutions with high concentrations of heparin are necessary for their study. 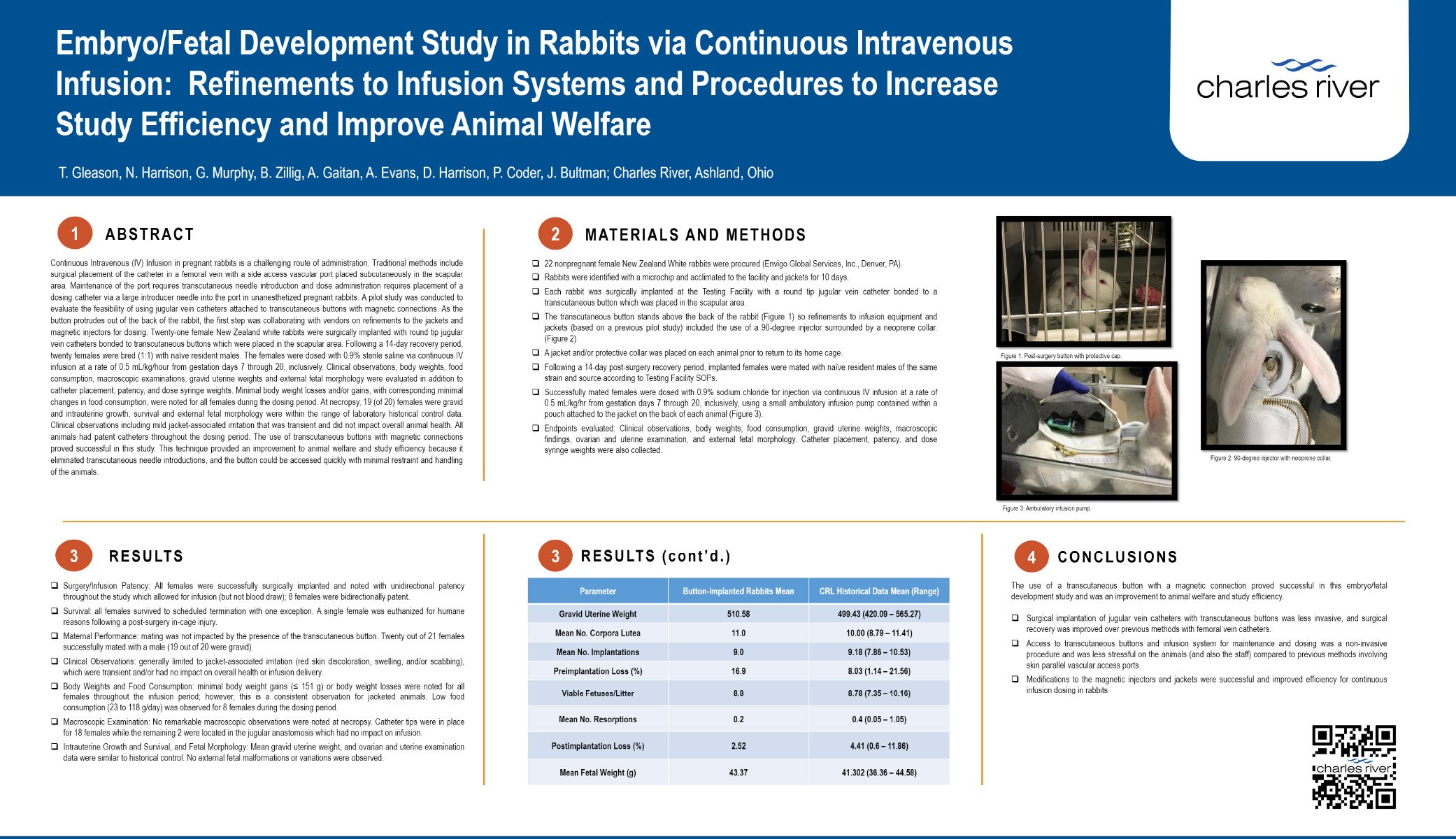